DIVINE ALIGNMENT with a BRIDE PRICE

It was a scorching August day in the middle of the Nevada desert where our wedding ceremony took place.  Just before 3pm with sweat dripping off of our foreheads, the Reverent Kenneth Baker asked Laura and I to recite our previously prepared vows to each other.  To be perfectly honest, my original plan was to “wing it” and just tell her what came upon my heart in that moment.  The hour before the Pastor showed up however I found myself in deep thought about all of the life that I had lived up to this point as I then reflected on what I would soon say before God and everyone.  The day set apart for the Lord (August 15th) had been months away which then reduced to weeks and now had become seconds away as the camera phones were being set to video mode as the silence covered us up like a blanket.  “Ronald” the preacher signaled, “You may begin.”

“Umm…..  Babe…”  was all I got out before everyone began laughing as if I said something hysterical. Laura tried to calm my nerves with a smile saying, “I knew you were going to say that.”  After the chuckles receded, I began speaking about the high points and low points of my life.  I mean truly, I had accomplished and acquired some pretty amazing things during these 43 years on earth but I admittedly had also lost everything several times too without an eject button within reach. During my vow, I summarized my life with the fatigue of building card castles and sand castles again and again just to witness them blown down or knocked over.  I then recounted a time in my life where it had gotten so out of hand that my soul cried out to God pleading that He would strip everything away until all I had was Him.  “That prayer was answered” I sternly announced as I continued the next section of my vow.

“There was a time in fact when I only had the shirt on my back and I didn’t even own that.”  The audience searched their memories for what phase of life they thought I may have be referring to as I continued.  “My second prayer was, ‘God!  All I ask of You is to give me a firm foundation to build on’ and that prayer too was answered.” Through the years of in depth biblical studies I’ve charged myself with, I knew that Jesus had to be the center or it wouldn’t work.  I remember speaking to the crowd as I gazed into Laura’s eyes saying, “and we met for our first date to do a Bible study together.”  Our family seemed to have raised their eyes as if to think about where they met their spouse for the first time and I’m pretty sure their personal recollections were quite different than the story I was telling.  For me it was really about the BRIDE PRICE and knowing that the suffering had to be shared in order for our Father to grant me His daughter in marriage.

You see, Christ Jesus is the Bride Groom who is one day going to return for His bride.  (The Church)  There are many stories in the Bible of men having to pay a Bride Price to include but not limited to Jacob, King David and Christ Himself.  Jacob paid his uncle Laban 7 years of labor for his daughter Leah and then another 7 years of labor for his other daughter Rachael.  King David slayed Goliath as the Bride Price to be awarded in the marriage of King Saul’s daughter Michal.  With this being said, what did Christ have to pay as a Bride Price to be worthy of becoming the Bride Groom?  Obviously it was the cross and at 3pm the veil was torn in two as the believers were now covered in the blood of the Son to have a direct connection to The Father Himself.  At exactly 3pm on the day set apart for the Lord, we muttered with Christ in us for the last time individually, “It is finished.” That was the moment that the three of us became unified in the resurrection of Christ as one person.

Later that night, Laura and I danced for the first time under the full moon as Mr. and Mrs. Ronald Edward Robey Jr.  It was a very prophetic evening that had been drenched with significance referencing numeric patterns of dates to complete the confirmation of miraculous signs from above.  Today we are just as excited as the day we got married regarding what God has in store for us in addition to how His dream can now come to pass through us since we have finally been divinely aligned. May the Lord receive all of the glory.  -Ron

LET’S INSTALL YOUR NEW FENCE!   Kingdom Roof and Fence is a roofing and fencing contractor in the Houston area located in Richmond, TX.  It’s… 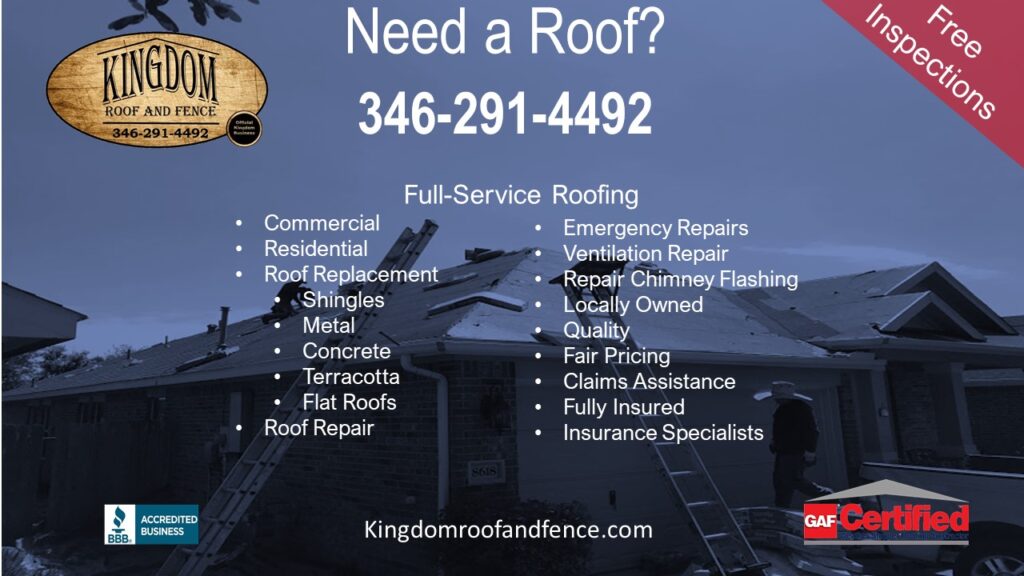 Look no further than Kingdom Roof and Fence for your next roofing project. 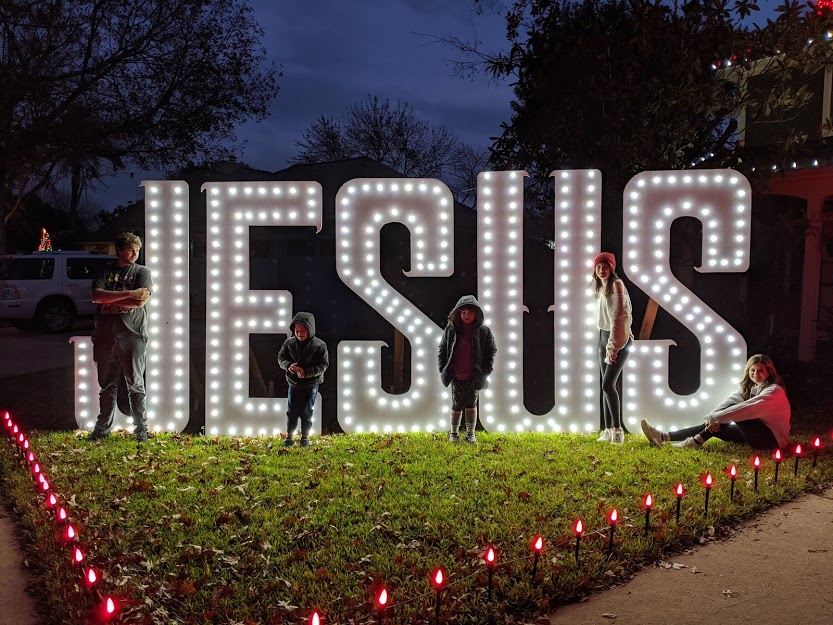 In my 42 years of being a proud American, I must admit that I’m shocked to see what our country has become in just a…

Kingdom Roof and Fence has been awarded the Roofing Contractor of the year!